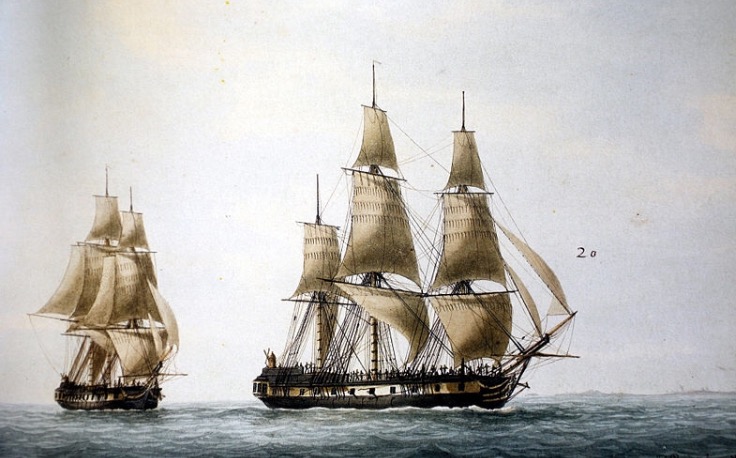 I have recently started writing a column for the Esperance Tide, a beautiful local publication. The column, entitled ‘5 Minute Histories’, features snippets of local history. This is the one that I wrote about the first ships to arrive in the Esperance area.

The first Europeans to chart the Esperance area were the Dutch. Pieter Nuyts, of the Dutch East India Company, traveled along the coast of Western Australia in 1627, on a ship called the Golden Seahorse. The region was named Pieter Nuyts’ Land in his honor, although this name did not stick. The local ‘Christmas Tree’, or Nuytsia Floribunda, is still named for the trader, who went on to have a very interesting life, including being taken hostage by the Japanese for a time. Perhaps it is fortunate that the area did not end up named for Nuyts, who became, in later life, notorious for arrogance, having affairs, racking up big debts, and stealing taxes from the area where he was the Mayor. There are no records of any Europeans arriving in Esperance for another 165 years.

In 1792, two French ships, the Esperance and the Recherche entered the Esperance bay, driven off course by a storm. The Captain of the Recherche, Antoine Bruni d’Entrecasteaux, was leading the expedition in search of two other French ships, which were lost, and later found wrecked in the New Hebrides. One of the ships’ officers, Citizen Legrand, acting as a lookout in the midst of the storm, first spotted land at Cape Le Grand, and thus the cape was named him. The expedition stayed in the area while the Esperance was being repaired, trying to find fresh water. They had several misadventures-the Chaplain of the Recherche fell into the water, and had to be rescued from a large shark that was following the ship. The ship’s naturalist, Claude Riche, got lost, and made his way to a large salt lake that was probably Pink Lake, and then out to a swampy area, probably Lake Monjimup. He finally found his way back to shore 2 days later, very weak and dehydrated. The crew had feared him dead, and had almost left without him. The rest of d’Entrecasteaux’s expedition was equally fraught- Jean-Michel Huon de Kermadec, the Captain of the Esperance, died of tuberculosis, and d’Entrecasteaux himself died of scurvy. They left a lasting legacy in the many landmarks named during the expedition.

Of course, unbeknownst to the European explorers, they were many millennia too late to be the first arrivals. The First People already had a name for this place we call Esperance, the very poetic Kepa Kurl, or ‘the place where the water lies like a boomerang.’

View all posts by karliflorisson